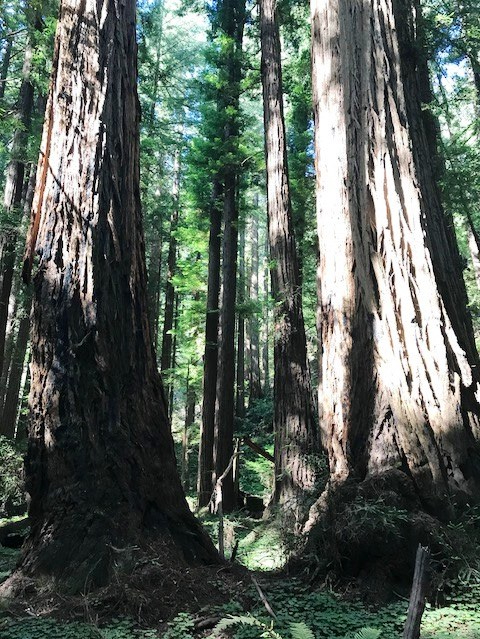 As a child I had a connection with nature, not something that was encouraged by my parents as it meant walking dirt and leaves into the house, so I was ‘allowed’ to play on the grass but told to stay away from the trees.

I remember wishing that I could climb the many trees at the back of our garden or spend time in the woods at the end of our street but knew that the boundaries had been drawn and I couldn’t cross them.  Growing up in New Zealand with its rich flora and abundance of forests and woodlands, always meant that we were never too far from the mysteries of the earth and on the rare occasion we holidayed on the remote Pacific coast, I was able to roam through this seeming wilderness for the summer without a care of trampling in dirt and leaves.

During my late teens and into my twenties, my upbringing had conditioned me to view nature as ‘something that was just there but not something we interacted with’ and, although I would always spend time wherever I could in the small gardens in the square I lived in in London or I’d walk through Hyde Park or Green Park, I never really gave the environment a second thought.  Subconsciously I was aware that spending this brief time with the trees seemed to calm my centre and bring me back into alignment.

I was, and still am, a ‘greenie’, however at that time it meant supporting global charities fighting mighty corporations taking advantage of the general apathy of the world population whilst it began exploiting the natural wonders for profit.  Now, we have evolved (for want of a better word) to understand that being a greenie is someone who appreciates and would fight for all aspects of the natural environment in which we live.

When I moved to Australia in my early thirties, my senses were sent into overdrive with the new smells and sights of the Australian landscape – gums, wattle, red dirt, the dryness of the air and the very thin layer of dust that always seemed to be everywhere, even in the middle of the city.  However I never really felt as strong a connection with the earth as I did in the northern hemisphere.  The natural environment is old, many hundreds of thousands of years old and little evolution has happened there.  The land is harsh and unforgiving, a land that its native aboriginal caretakers understand and worship.  For the rest of us, creating a bond with the land is hard and, for me, elusive.

Last week, whilst staying with family in California, I had the opportunity to visit one of the most beautiful ancient forests left on this earth just outside San Francisco.  A forest of giant redwoods dating back over a thousand years.  We arrived early in the morning before the many tour buses and were able to walk through these beautiful gentle giants in the warmth of the early morning sun and allow the solitude and immense healing energies to wash over us.  These beautiful ancestors of the earth have survived so much that nature and man has thrown at them however I fear that there is sadness in this forest as they are becoming overwhelmed with the slowly infringing suburbs and the number of tourists who visit there daily. 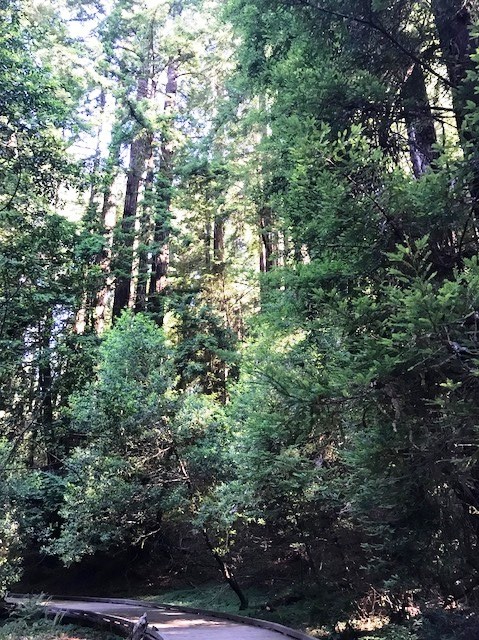 Along the well-marked paths created for human travel, there are specific trees we are able to touch, who have been worn shiny with hands rubbing at the bark.  I was one of those humans who touched these trees because the ‘need’ to do so was almost overwhelming.  I can only speak for myself when I explain the sense of oneness I felt when I did so.  I felt a connection to the planet.  I could feel the movement of every particle of energy that makes up the fabric of all that is.

What I also felt was a sadness emanating from some of these families of trees (each family is an offshoot of a much older tree, and they grow in clusters around the oldest tree or its remains) as well as a plethora of emotions from the thousands of tourists that had touched these tree before me.  Whilst I revealed in the bliss that was the oneness with the planet and the Universe, I also became weakened by the ghosts of human emotions that also flooded through me – sometimes being an empath really sucks!

This planet is a truly wonderful place and each country, state, county, shire, city, town and village has a unique story to tell through its woodlands and forests, town parks and tree lined streets.  Wherever you reside in this world, wherever your travels take you, step aside for the briefest of moments and connect to these pockets of wildness.

Connecting to the planet is a connection to the Universe and ultimately, this connection gives us an awareness of everything.  Draw in the healing powers and feel the unconditional love seep through you.  Take this unconditional love out into the world with you and give it to those you come in contact with every moment of your being.

The giving of unconditional love to everyone and everything you come into contact with is the greatest service you can give to the world.

I am a spiritual life coach, mentor, meditation teacher, reiki master, holistic life coach and energy healer. I work with women and guide them into their empowered selves by rediscovering their inner strength, self-worth, power and freedom so that they reconnect with their Higher Selves. What I’m truly passionate about is working in collaboration with other conscious women to bring healing and balance to the world. Connect on Facebook and Instagram.  Safe journeys, Namaste Leanne